Are you looking for fun Custom Dungeons that you could play or do you want to share your mod with others? Then this forum is for you!
Post Reply
5 posts • Page 1 of 1 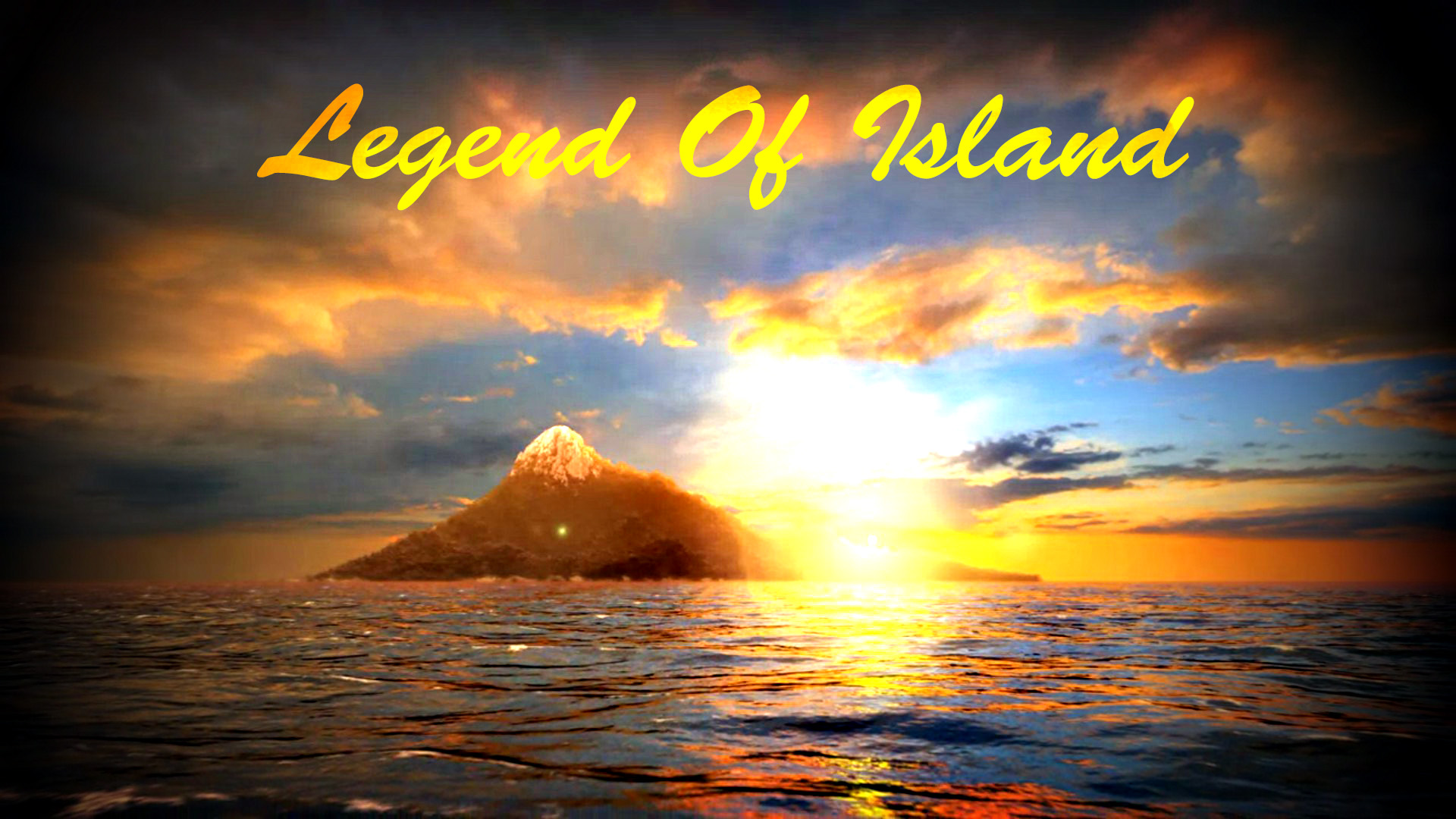 Here we are, I've never really had a chance to talk about it for the main reason that I know it was going to take a lot of my time to do it, but I'm taking the plunge...

I present to you what looks like my very first mod created by me: Legend of Island ! I wouldn't really be able to tell you when I started it exactly, because it's been a long time now... I'd say... the mod is almost 6 years old or something like that. Don't worry about that, I haven't been working on it for 6 years nonstop, I had a lot of breaks mainly due to my studies where I couldn't devote much time to it and even today for other priorities. But I have had enough time to make progress, a lot of progress...

≡ Description ≡
Four adventurers run around on an island following a loss of control of the boat due to perturbing element. The next day, the four survivors find themselves lost on a beach where they will have to survive and find a way to leave this mysterious island, what will they discover? What will be the challenges that nobody has actually known? Our adventurers are not at the end of their surprises.


Dive into a new adventure on the Island of Nex... but from another angle... I proposes to you to relive the adventure of Legend of Grimrock 2 in the same theme of the story with sames maps but 100% reworked, with many assets, as well as 7 new uniques maps added compared to the vanilla version. A number of options will be offered before you start the game.

Don’t expect new environments or decorations, the mod is more focused on fighting, from now on, they will be a little more interesting than in the vanilla version. If you were looking more for a mod with a new story or new environments, I advise you to forget this mod !

The new skills, special attacks, new spells, new classes, new monsters skills, new improvements, new combos will allow you to vary the fighting even more and to be able to do intriguing and amazing attack sequences. Choose your stats and skills well from the beginning of the adventure and during. Your statistics can have a HUGE impact during your game, think carefully. The new additions will be more located towards the half of the game, the beginning remains rather focused on the vanilla side of the game.
I really try to make it as balanced as possible and make every monsters/items/levels interesting and varied.


≡ Main Infos ≡
- 36 stages/levels in total for you to explore
- ~15hours (without finishing 100% this mod)
- 14 bossfights & waves monsters with significantly increased difficulty (+4 secret bosses)
- 100 secrets to find !
- 5 elements to recreate !
- 12 monuments of places to know (new)
> Difficulty : the difficulty level has been completely reworked for a better immersion in the fights. No matter what difficulty you choose when creating your party, a difficulty option will appear at the very beginning of your adventure
> Puzzle & Traps : puzzles/traps are very important and regular elements in this mod, some are taken from grimrock 1 and a bit from grimrock 2, others are inspired on other stories, and the rest are news. Even though there are many puzzles, they are generally well positioned in the adventure: the more you progress in your adventure, complex and harder the puzzles/riddles you will encounter
> "Freedom Game" : at times, you may find that you can explore several levels at once. At other times, you will be forced to move forward without any area to explore. 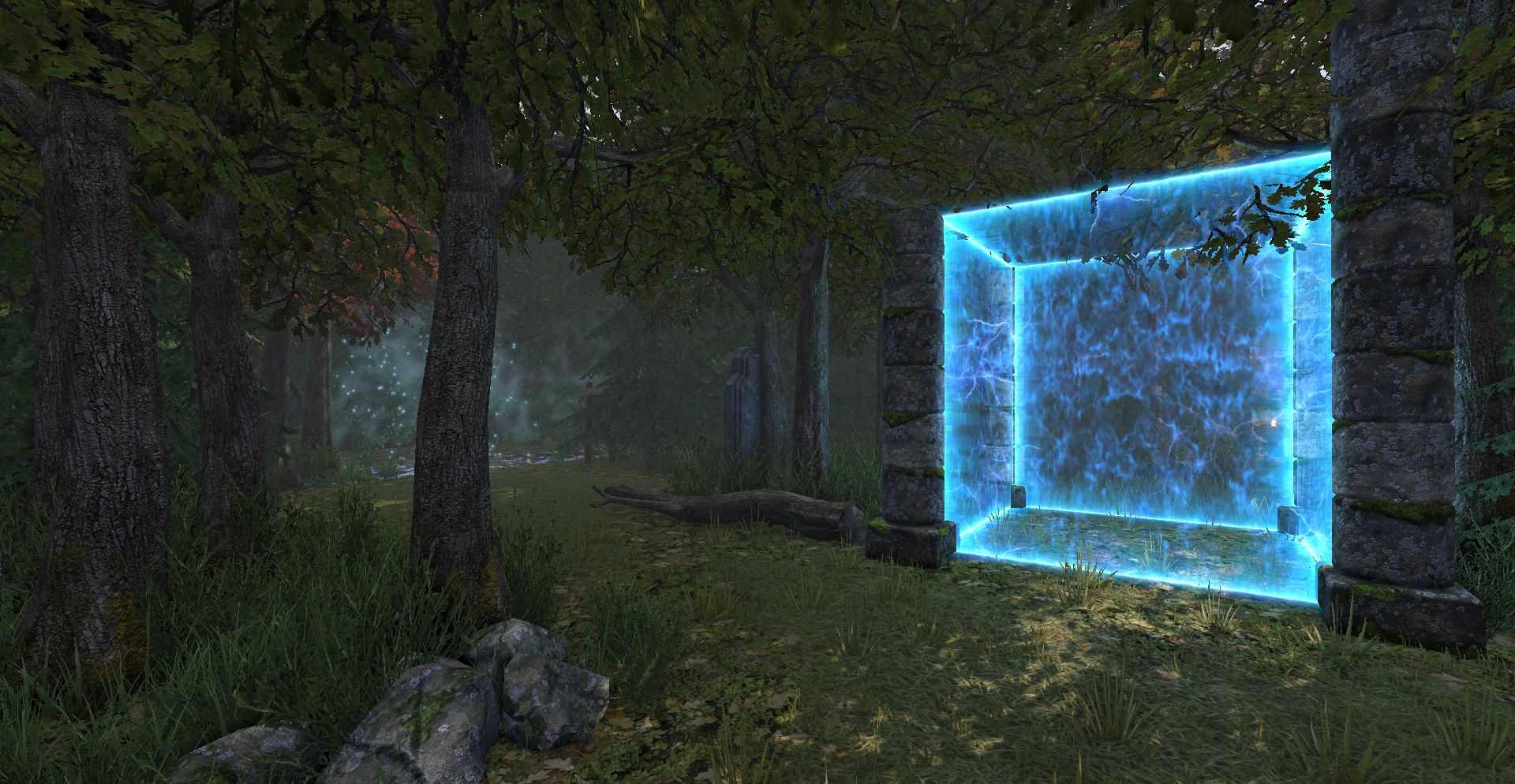 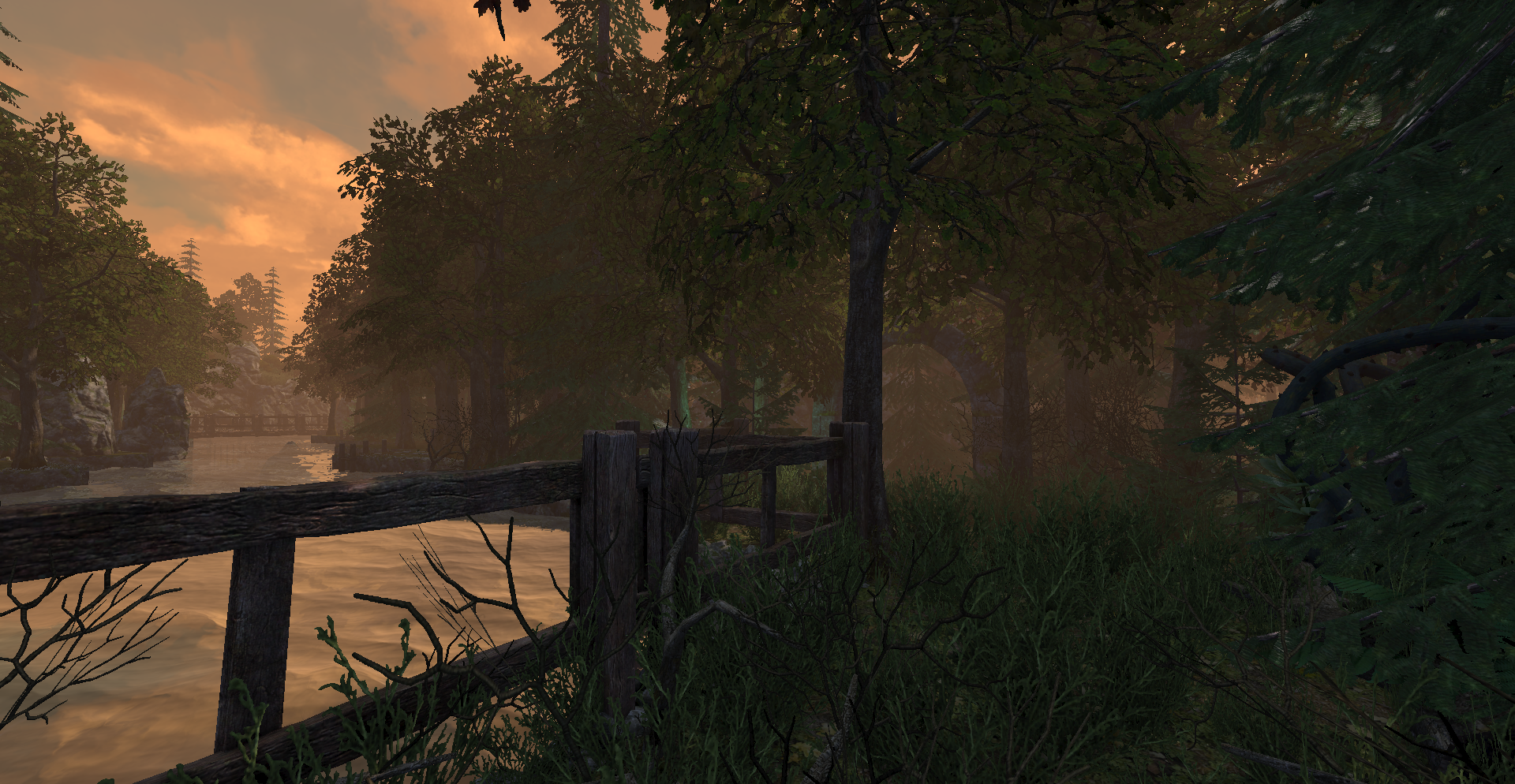 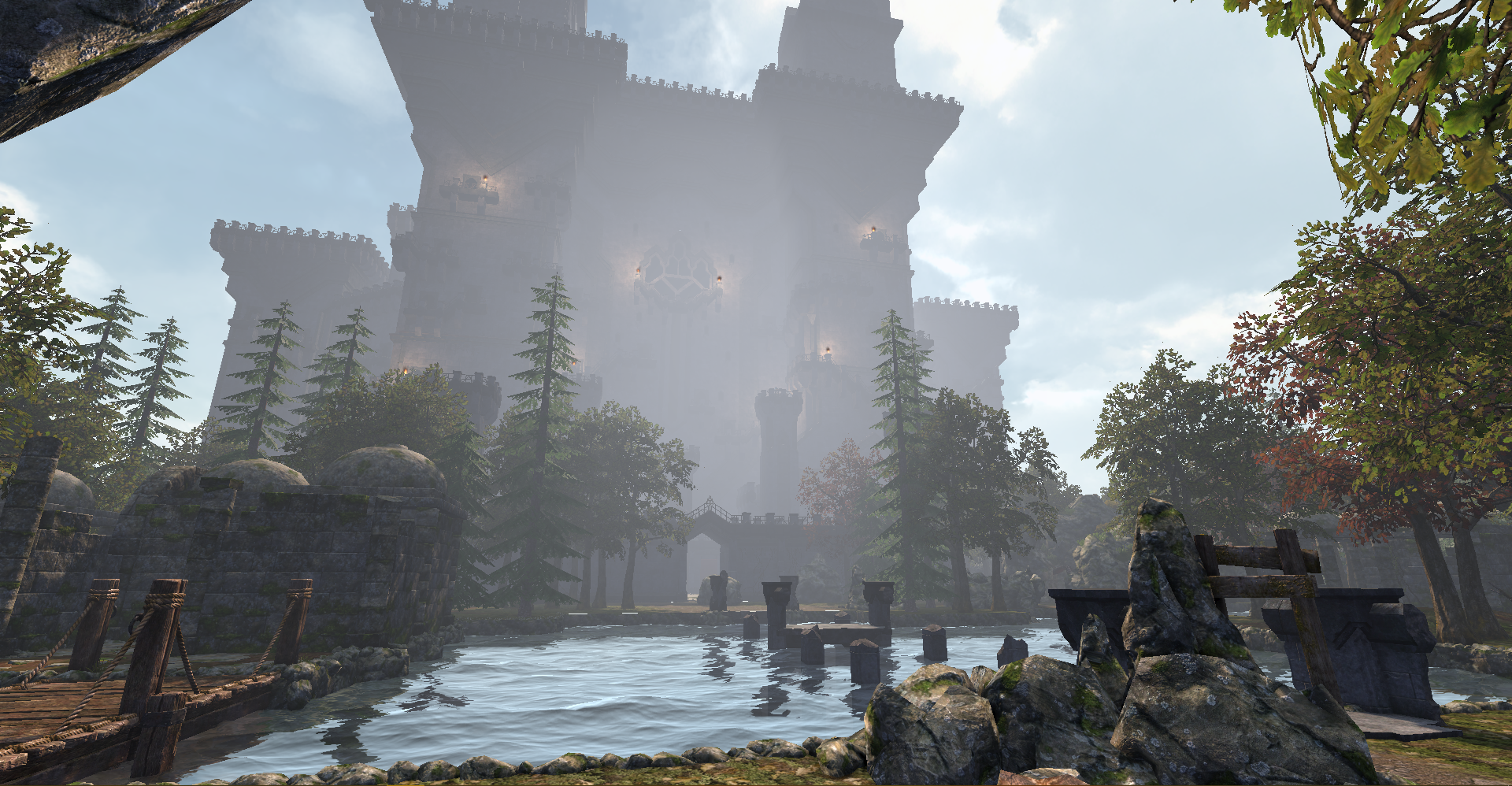 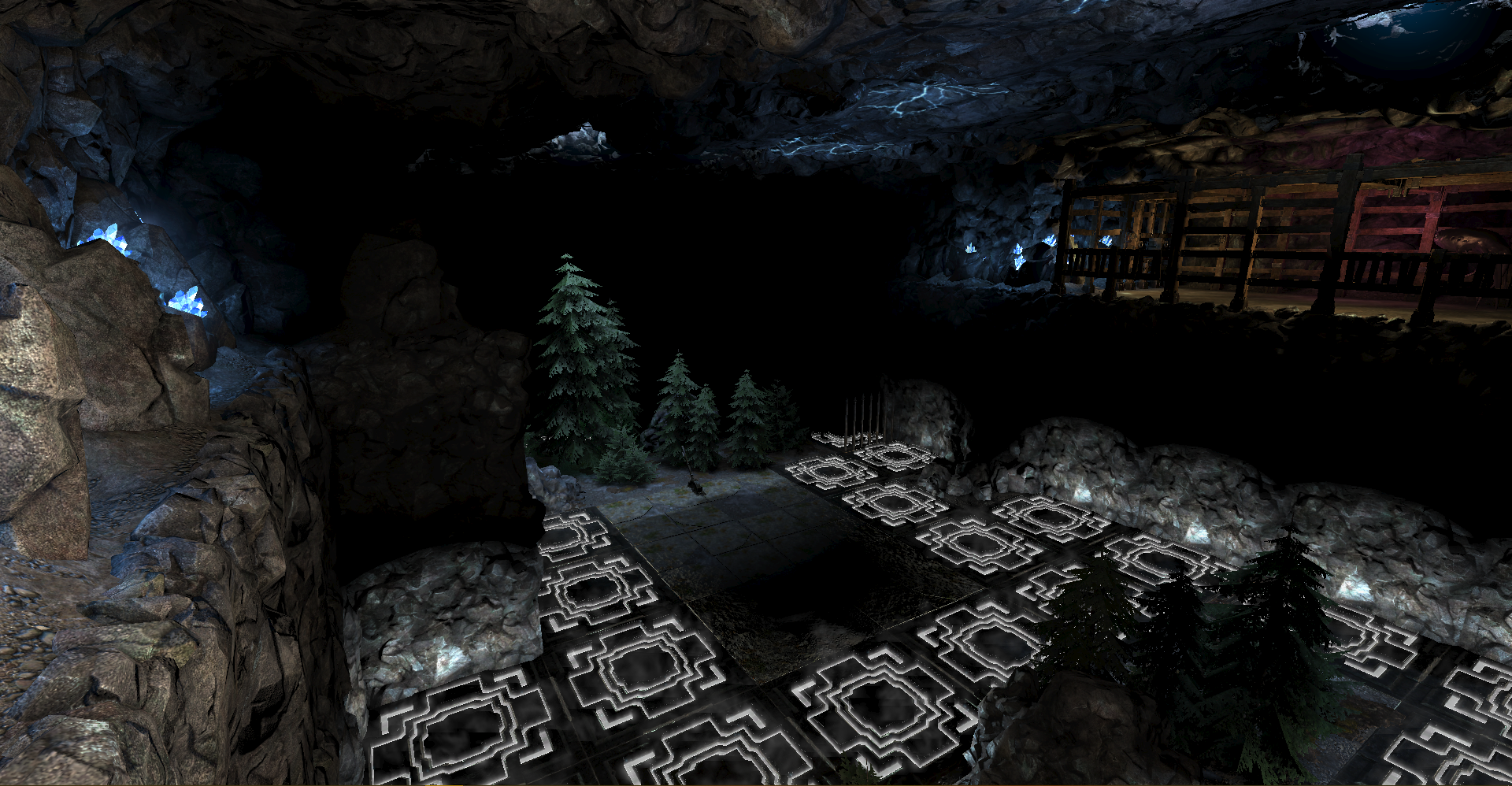 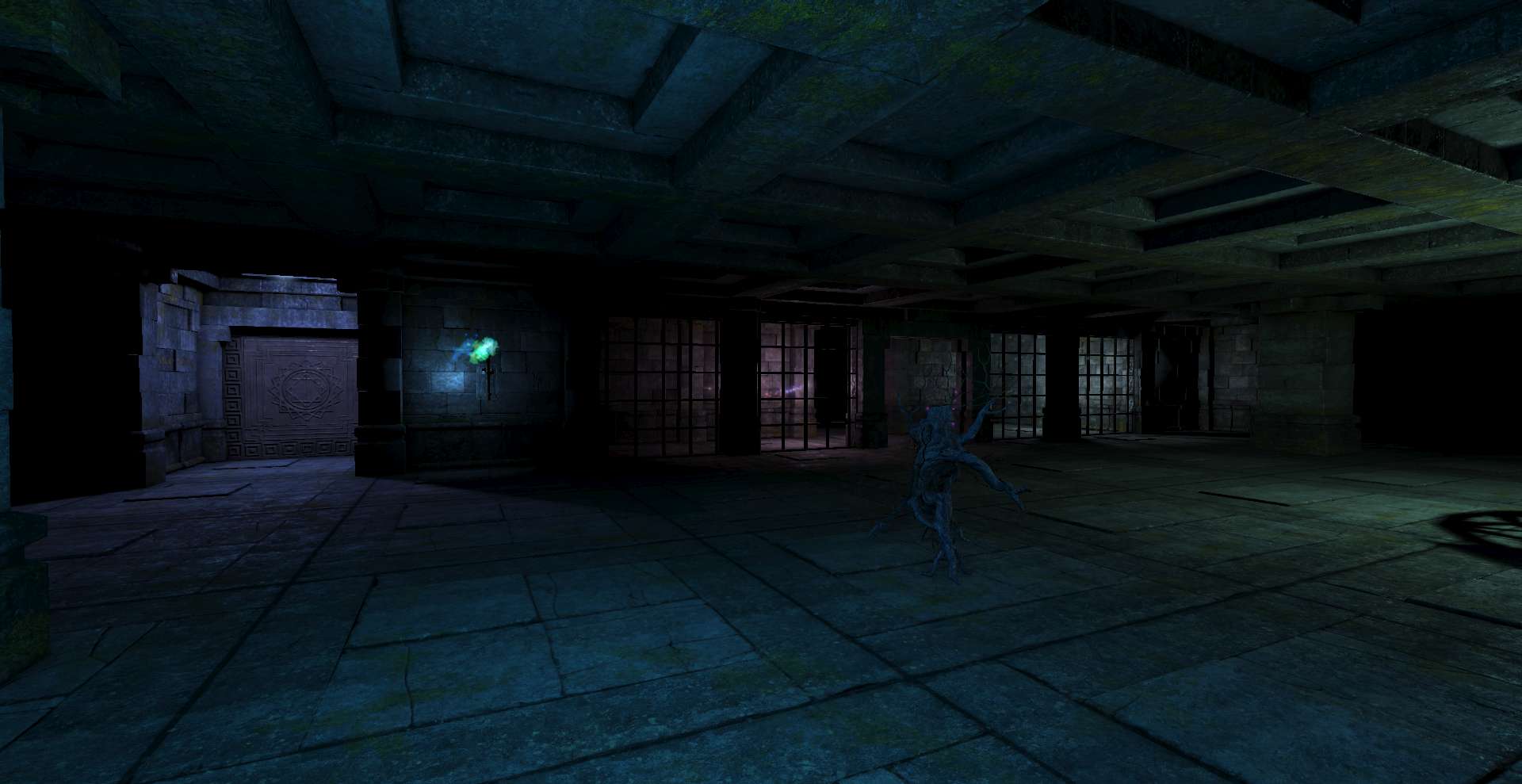 ≡ Main Features ≡
≡ GUI & Systems Features ≡
≡ Others Systems in Progress ≡
> Improvements to the main systems of the monsters : boring to see the monsters moving and attacking you in front of you? well, even if the changes are not so many, the monsters are a bit tougher with a more interesting level system and new bonuses to make them more dangerous.
> New upgrade spells systems : inspired by the Magic Grimrock mod and most of these spells present, each spell learned will have bonuses to make each spell more interesting and powerful to compete against your enemies. Unlockable from a certain level, you will be able to look the upgrade window in order to choose the best bonuses for your spells according to the way you play
> New upgrade alchemy systems : inspired in part by Magic of Grimrock again and the game Dragon Age Inquisition, the potions will also have bonuses and upgrades to unlock through specific scrolls & a new upgrade potions window !
> Weather System : i'm not sure if I should add it yet as it could take up a lot of resources and fps on your pc and the game. But for more immersive open air levels, I have been thinking for a while about creating a random and automatic weather system, to constantly avoid the sun and the moon. (this would also create new atmospheres in the levels)
> Quest System : the quests would be optional (available on the first level), you can still play this mod without using the quests. This is a GUI system where you can see your available quests, levels where you are stopped to explore or search for specific things/treasures. These quests all have the objective of allowing you to finish the game and get a little closer to a 100% finished game. On the other hand, and most people will be a bit disappointed by this, the quests you complete will not give you anything in exchange, to avoid too big an imbalance between your party and monsters for example.
> Systems Language : this will probably not be available in the first official release of this mod, it will take a lot of time and resources to achieve this...


─────────
Quick Credits
─────────
I'm not going to make a full list at the moment, for the simple reason that it's unnecessary in this context
SpoilerShow
Skuggasveinn :
- Videos Editors Tutorials
- Winter Tileset
- Modular River

The mod or at least the beta version is still not available yet, I still have a lot of elements and systems to work on and see for this mod. The project is currently in "temporary stop", I have other priorities at the moment but you will be informed of the major progress of this mod in the various news

Info : This topic will certainly be modified and improved over time
Last edited by Willigamer on Fri Nov 26, 2021 5:57 pm, edited 8 times in total.
"Always become the one you are, be the master and the sculptor of yourself"
My LoG2 Mods :
Top

Look forward to trying it!
Top

Oh sh*t ! This is perhaps the first thing I should have mentioned, why I didn't explain it before!

I will add it in the presentation of the mod.

The mod or at least the beta version is still not available yet, I still have a lot of elements and systems to work on and see for this mod. The project is currently in "temporary stop", because I have other priorities at the moment and I work on another LoG2 mod from time to time with an another modder, so it's a bit complicated for me to progress properly on this one. Don't worry, you will be informed of the major progress of this mod in the various news

Speaking of which, I have decided to work on various release points for the beta version, it just allows me to keep track of the progress of my work :
SpoilerShow
#Step 1, called "First Step" (we are here at the moment

#Step 2, called "Hidden Treasures" >
7 others levels to add
(approximately midway point through the mod and the game)

#Step 3, called "Live to Survive" >
12 others levels to add
(probably the most work on finishing these levels)

first official release of the mod (V. 1.0.0)
I'm thinking of doing some presentations of the new features of my mod here as well

"Always become the one you are, be the master and the sculptor of yourself"
My LoG2 Mods :
Top
Post Reply
5 posts • Page 1 of 1