General discussion that is not related to Grimrock goes here.
Post Reply
10 posts • Page 1 of 1 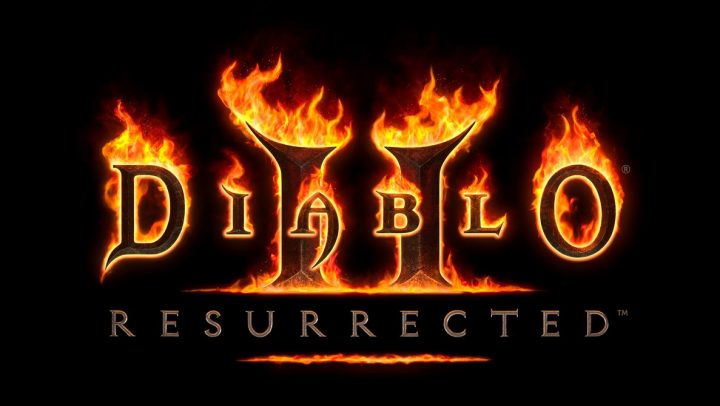 Diablo 2 Refunded incomming.
It won't be a trainwreck like Warcraft 3 Reforged, but it's again a shameless 40 $ cashgrab from Activision yet again.
It's just official Battlenet Diablo 2 with a fancy graphical layer on top of it.

Shit like that is already out there for free.
https://www.youtube.com/watch?v=DGXgElbqjmU

Playing Diablo 2 on official botnet, I mean Battlenet is the worst Diablo 2 experience you can have.

if you need fancy graphics to finally play Diablo 2, then you're simply not Diablo 2 material anyways.

I'm just wondering what the target audience is anyways? My guess is that only deluded fools and clueless people will throw money at it and then simply stop playing after a few days realizing they stop playing again for the same reason. Reducing battlenet again in a wasteland of dupers and botters within 2 weeks. Playing Battlenet legitemately is as fun as jamming a rusty nail into your eyeballs.

The default Diablo2 lod game is just garbage and unplayable unless you bot/dupe/nolife it. It offers no endgame content and it just feels empty compared to the succesful mods out there. This sort of gameplay doesn't fit the current gameplay style people expect nowadays. Especially compared to the widely popular private mod communities like Project Diablo 2 and Path of Diablo that offer additional endgame content like maps/bosses/rebalance/official tradesites/popular extra mechanics from other games in short and enjoyable Hardcore seasons.
Top

Wow someone seems to have had bad b.net experieces. I haven't been there much after LoG came out but i doubt it (could) got any worse. Then again i always knew what to play with whom. Public b.net was mostly SC to meet new people. The real fun happend in communities like The Amazon Basin or Realms Beyond, both dating back to the very beginning of b.net. I might get there again once in a while, given that i can find spare time.
Top

Can't have "bad" bnet experiences if you never really bothered playing it on battlenet.

It's just that once you played custom servers like Path of Diablo or Project Diablo 2 that you realize how bad the base game of Diablo 2 on Battlenet really is. The base game of Diablo 2 is made for people with hoarding issues or cheating software. Playing it legit is just the exact definition of "nolifing" a game. The amount of invested time needed is just ludicrous forcing you to make the same efficient builds over and over again running the same maps a million times.

The amount of extra content and tons of QoL improvements with the seasonal leagues offering a new and faster and most imprtantly fresh take on Diablo 2 with new, improved and rebalanced skills/items/machanics just makes Battlenet completely pointless.
These mods are about extra endgame content shifting slightly the gameplay balance of the game towards "fun gameplay with actual goals and challenges" instead of doing 1 million baal runs with a bot.

That's why battlenet has always been a void place with botters/dupers and nolifers.

On the 5th of march, a new season begins for Path of Diablo. you can always try it out for a different perspective.
there is no point in discussing this further if you haven't at least tried new tastes instead of sticking with vanilla for the rest of your life.
Top

There's nothing wrong with playing mods; that's what we do in LoG all of the time. Yet i never felt it necessary with D. The missing endgame content never bothered me as did the ladder system. Once the game lacks challenges you came up with your own as i once started playing LoG without Potions. I played this way on b.net with a bunch of pals for way over a decade in D1 and D2 long before there were mods, we made Hell-viable SC and HC builds regular players would never attempt and we had a blast!
Top

That sounds very time consuming. Nothing wrong with that.

But with that knowledge, the 40 $ price tag simply for a new lick of paint for the exact same game without any additional content that you have to spend a lot of time at to get anywhere on a bot infested realm.

Does that really sound so appealing?

Nostalgia glasses and lack of experience of mods aside. Don't you feel like a little annoyed that they didn't implement the much needed QoL changes that every mod did so successfully. Or at least extra endgame content like custom maps and bosses.

It's obvious that people will buy it, play it for a very short while until the nostalgia goggles fall off. And they realize it's the same long and boring grind over again.

When you watch the developer interview they are saying literally:

1. We want to steal money from clueless younger gamers on consoles who never experienced Diablo 2 before.

2. We will do no gameplay changes and keep the game exactly the same, since it's the exact same game running under the hood at exactly 25 fps with just a graphical layer on top.

And then they simply contradict themselves by showing off the nerfed teleport skill where you can't click the screen anymore to teleport to that specific spot and butchered that skill into a "jump" forward skill so that the entire game is "controller" compatible.

Seriously, at this point, any oldskool diablo 2 fan who is still excited for this needs to get his head checked.
Top

I watched the developer interview and got the following info from it:
- All D2 and LoD content will be there, so i guess World and Pandemonium Event too.
- All videos (hi-res), graphics (hi-res, 3d, lighting,effects) and sounds (7.1) will be redone and you can swap between old and new at any time.(*)
- There will be QoL changes i.e. there will be a common stash -> no more gear swap games!
- Several languages will be added (doesn't matter to native English speakers)
- D2R will run on current/new global battle.net system, not the 25 year old realm servers.
- Ladders will be shorter (still doesn't matter to me)
- Console play is added with controls somewhat compromised (doesn't matter to me)

Of course there will be no new content. Yet with shorter ladders options for extra events are not off the table.

(*) You might find it odd but IMO there are some old games that deserve such remaster efford. For example would i re-buy 30 year old Dungeon Master PC today when it came with an engine at least as good as LoG's? You bet!
Top

So if you want to play the game with keyboard and mouse you need to keep your left button pressed permanently to get your character anywhere with every repositioning skill nerfed/butchered.

And you don't see that as problematic?

Do you really think you can rewrite 20 years of muscle memory in your brain without getting frustrated knowing full well that the whole game is consolized? And you have no way to going back ever again to the oldskool point and click pathfinding movement system you've grown accustomed to and which is vastly superior than any form of "controller-type" movement.

it's Warcraft 3 reforged - Refunded all over again.

On consoles due to the required control compromises i mentioned.
https://www.icy-veins.com/forums/topic/ ... l-summary/

In case pathfind is toggable, then I don't see a problem either.

it's just that in an older live interview, they confirmed 100% that pathfinding was 100% removed from the pc version as well.

Looks like they have changed that back after the obvious backlash.
Top
Post Reply
10 posts • Page 1 of 1